Central leaders allied to Deputy President William Ruto are set to meet in his Sugoi home to make ‘bigger’ decisions believed to be way forward on BBI report.

Dr Ruto has been holding parallel meetings with Tanga Tanga leaders after the rift between him and President Uhuru Kenyatta.

Bahati MP Onesmus Kimani Ngujiri speaking to reporters in Eldoret, confirmed that there are over 4,000 people will converge in Sugoi to see their leader, DP Ruto.

Tanga Tanga leaders have been backing the BBI report after it was launched while ODM on the other side wants a powerful minister.

DP Ruto also will be holding a Cabinet meeting in Nairobi chaired by President Uhuru at State House and later fly to Sugoi ”Kambi Ya Kuku’ for the 2nd Annual Chicken Auction at the very spot he used to sell chicken.

The Moral police, Ezekiel Mutua is at it again, this time around he promises to act accordingly.

Mutua took to social media to launch complains about local media stations showing ‘not so good’ content before the watershed period.

ALSO READ: WHY KENYANS WANT 10 OVER 10 TV SHOW SHUT DOWN

This comes barely a day after a section of Kenyans took to social media to lobby closure of 10 over 10 TV show.

Mutua promised to teach local stations a lesson in this festive season when the children are in long holiday.

” Schools are closed and kids are at home but our immoral and irresponsible media houses are airing pornographic content during the day in blatant breach of the watershed period. No sector operates with such impunity as the media. Your day will come guys. It will,” he said.

Adding on the controversial 10 Over 10 TV show, he claimed that the show is undermining national development;

With the end of summer in Canada, former NASA general Miguna Miguna is still steaming hot on social media.

After attacking Raila of not having”children” of his own to DP Ruto being the most corrupt leader, he has now turned his guns on flamboyant city lawyer Donald Kipkorir.

In a nasty tweet, Miguna Miguna called out the lawyer saying he is a beneficiary of crooked system.

Sharing a picture of Kipkorir in Cayman Island, Miguna said the lawyer is crooked just like the former AG Amos Wako.

“Crooked Slay Queen Donald Kipkorir waiting for Crooked Amos Wako in Cayman Island where the despots and Con-Men are hiding our trillions. Look at the crook’s breasts and legs! Stolen loot will never make them REAL MEN!” Miguna captioned.

Lawyer Kipkorir has been on the Frontline in supporting BBI and even had promised to show support if Raila gives it a node without seeing the content.

SWVL commuter service company has suspended it’s operation in the city.
The fast rising company took its customers by surprise by sending suspensions message after being unable to access the services.

SWVL and little shuttle were asked to revisit their licenses las month after it was found that they are notvregistered with Matatu Sacco’s.
NTSA seemed to have followed the order they issued to the latter and saw the company shutting down the operations.

“We would like to notify our customers that we intend to be fully compliant with NTSA regulations by the end of this month. However, in the meantime, our routes have been affected and we apologise
for the inconvenience caused.” SWVL messaged it’s customers.

The company through a message to the customers, noted that it is obeying stipulated rules by issuing an impromptu alert.

The stoppage by SWVL and rainy day caused a snarl in Nairobi’s busy highways.

The world is full of strange things and Kenyan legislators are no different.

Nyaribari Chache member of parliament on Tuesday traveled to India to settle debts that date back to 30 years ago.

Tong’i was studying management studies at a local college in Aurangabad during the aforementioned period and made friends with Kashinath Gawl who would help him whenever he did not have money.

The septuagenarian (Gawli) then ran a grocery shop at Wankhedenagar locality where Richard stayed. When Tong’i left, he had accumulated a debt of Ksh300 from the green grocer.

“I could not believe my eyes,” Gawli told Indian media after the visit.

Tong’i traveled in the company of his wife Michelle.

Nyaribari Chache Mp Hon Richard Tong'i with Gawli the Indian greengrocer he paid a 30yr old debt of Ksh300. He had accumulated the debt while studying in India.

“As a student in Aurangabad, I was at my lowest point, when these people (Gawlis) helped me. Then I thought that someday, I will come back and (re)pay. I want to say thank you. This is so emotional for me,” the MP told Indian media.

“God bless the old man (Gawli) and his children. They were wonderful to me. They wanted to take me to a hotel for the meal but I insisted that we should eat in their house,” he said.

Before leaving Aurangabad, the legislator invited Gawli Kaka (uncle) to visit his country.

With this dot.com generation, comes love displayed in all ways and the culture of  ‘happiness’ has changed completely.

Not all men fight for love and you might wanna choose the right one booboo. 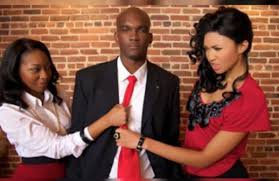 Not all men bring you flowers to ask you back.

Some men walk away to no return. You will keep on waiting for his ‘am sorry’ message.

Some men drink it away

So think twice before telling a good man off.

Think again before you threaten to leave him.

Am Christian, but he has a thing for girls in hijabs

You know I was Christian and the girl he loved was Muslim.

He said he got a thing for those girls with hijabs.

And every time I sat beside him he kept staring at that Muslim girl.

And I stared too with admiration, I mean this is what he loves and that’s okay we can’t change that.

I mean that’s how I was raised.
Taught that if you don’t get what it takes in something then let the other person who got it have it.

Because again How can I stop this nature.

One day he kept the blunt down for good

Staring at how beautiful this girl Infront of him was.
He decided he doesn’t want another world with the smoke again.

He promised he will stay in this real world with her.

So show me another legit rehabilitation like that one.

He turned around for her

This love is so hard to find

A love that conquers all the time and pushes you to the edge.

Bahati cries to God for blessing him

Bahati has had a rough part of the year with the trembling of his record label Eastlands Most Beloved (EMB).

With the struggles and bad blood against his former artists signed under EMB, he has managed to pull his Reality TV show well and garnered a lot of followers.

He has released a new song thanking God for blessing him with his weaknesses.

He is blessed with a family and his wife is heavily pregnant.

Is it a REUNION? Dennis Itumbi to meet co-dad, Jowie in jail

It is not business as usual for the chief strategist in the office of deputy president located at Annex Nairobi after he was arrested.

Dennis Itumbi was on Thursday arrested after the DCI found out the fake assassination letter of DP Ruto.

But what is so ‘juicy’ about Itumbi going to jail?

Dennis Itumbi and Joseph Irungu alias Jowie have one thing in common, they were both Jacque Maribe’s boyfriend at some point in time.

Jacque Maribe is currently pregnant and no one knows the father, but six months from now, the secret shall be revealed.

Jowie is in jail after he was accused of the murder of businesswoman Monica Kimani last year.

So how will the reunion between Itumbi and Jowie be like?