Bahati reveals millions he earns in one show 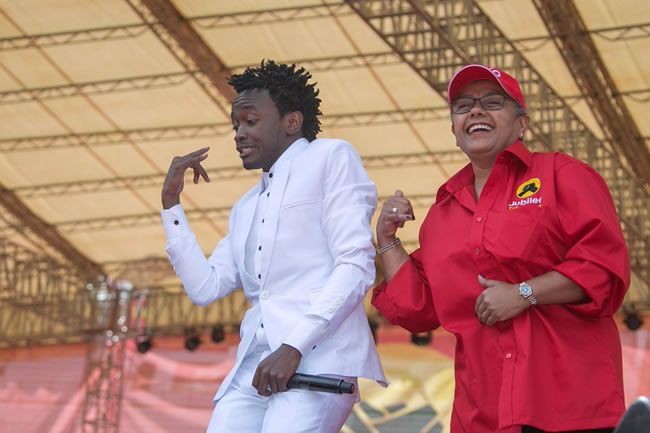 Bahati and First Lady Margaret Kenyatta during a past Jubilee campaign

Eastlands Most Beloved (EMB) boss Bahati Kenya is the real deal! He is among the best artists earning big in Kenya.

the money he earns from shows translates to his lavish lifestyle and his recently acquired house which is worth millions.

Bahati and Diana welcomed their baby boy earlier this month and his grand reception shows how Mama hitmaker is rolling in pure cash.

During an interview with Betty Kyallo, he flaunted his new studio headquarters (EMB) that shocked the news anchor. It is blissfull.

To acquire all that, he revealed the secret weapon which is his rates to perform anywhere.

This proves that the Gospel industry is a way to go to make money and this explains a lot in some musicians ditching the secular world in the name of ‘getting saved’.

Bahati also welcomed back Weedom who had ditched the record label earlier this year and even released a song together.