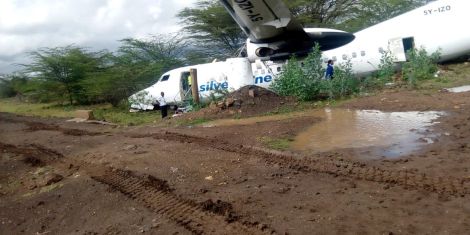 Local Airline, Silverstone, has confirmed the incident at the Wilson Airport located along Lang’ata road.

The accident of 9 AM saw a plane crash few metres after take off leaving dozens of passengers injured.

The company took Twitter to confirm the unfortunate incident that befell Fokker 50 5Y-IZO and thanked the first aid providers for acting swiftly on the matter.