Deputy President William Ruto has refuted claims that he was seen at JKIA on Sunday as reported by The Standard.

The Standard newspaper on their paper dated Monday 29th July claimed that the DP was snubbed by President Kenyatta after jetting back from Zambia.

“The president, who arrived at JKIA at 4 pm on Saturday, discarded protocol and went straight to the international passenger terminals catching his deputy unawares. Ruto was accompanied by Kiambu Governor Ferdinand Waititu,” Standard reported.

The paper also reported how the president made his away at the JKIA; 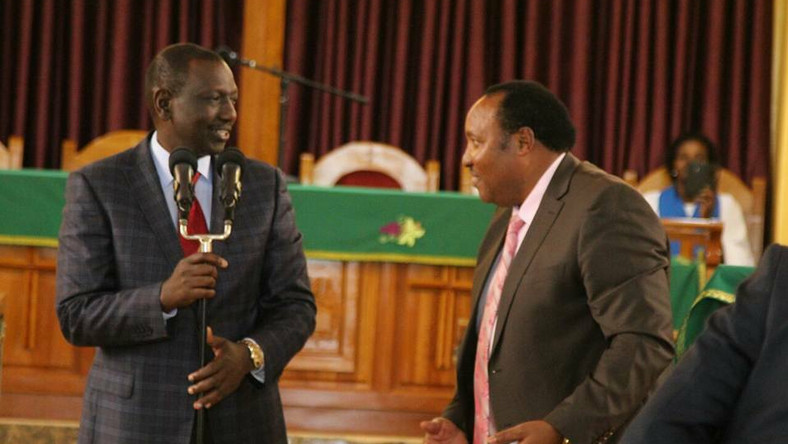 “Dr. Ruto, who was waiting at the pavilion, immediately left for the city center, after he was informed that the president had already disembarked from the plane and was inside the airport in a series of events that officials tried to dismiss as a ‘small deviation from the usual protocol,” The Standard added.

DP Ruto claimed that he was not anywhere around JKIA during the time the president jetted in and that the Standard is just desperate to sell.

FAKE NEWS ALERT!!!
I was nowhere near JKIA. I am NOT surprised that some media houses & their owners are this desperate. Tuwasamehe tu!! pic.twitter.com/vVjlLnCCd6

Yesterday after a public function at Nyandarua DP proceeded to visit his friend Mzee Ole Muyaa in Kajiado.Around 6.30PM he left Kajiado for Nairobi. Meanwhile HE Uhuru Kenyatta jetted back at around 5PM. Now see how my colleague Gideon Moi has reported.Pettines &desperation ! pic.twitter.com/OIbxpvD5Ez