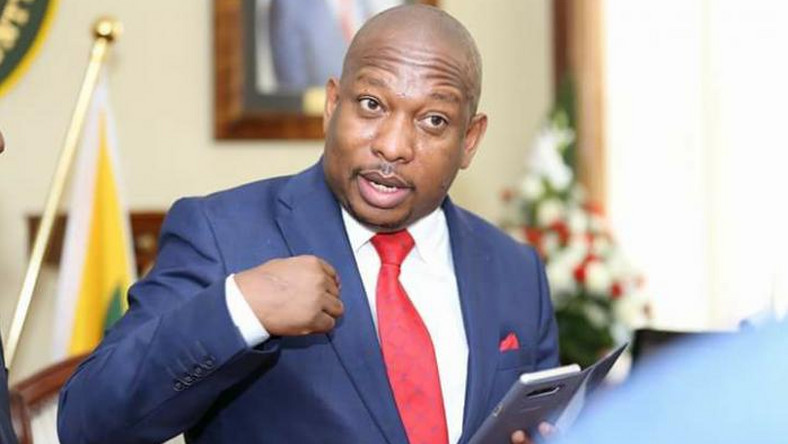 The controversial advertisement on Daily Nation has finally seen its effect after it reached Nairobi Governor, Mike Sonko.

Philip Chepsat took to the national newspaper and placed an ad asking Governor Sonko to consider him for the second position in the county.

Hon Sonko, I have reached out to you openly because I am not sure if my earlier communication did reach you. I also know that you cherish openness and transparency 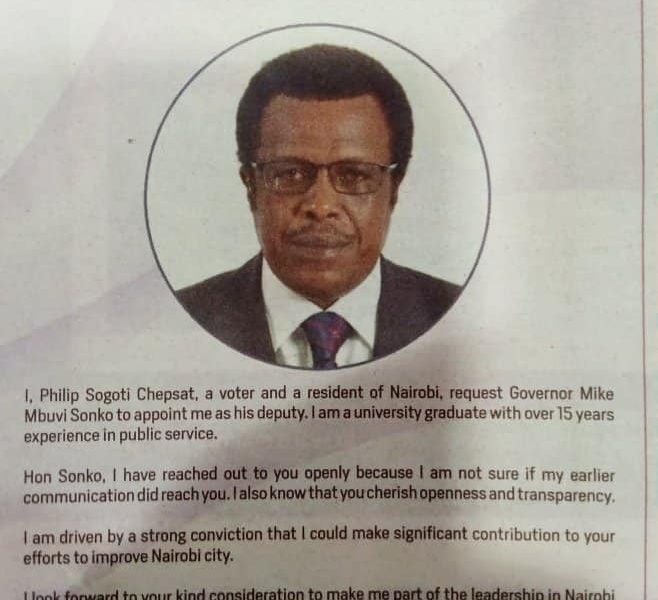 Sonko has confirmed that he received the message and was planning on writing him a formal ‘regret’ letter.

My office received your earlier communications and we were in the process of writing you a formal regret because like I promised, I shall only be ready to fill the Deputy Governor position once the legislation pending in Parliament on nomination and appointment of Deputy Governor is assented into law.

Mike Sonko, however, said that he is not disputing his ambitions but was planning on sticking to his promises of having a woman for deputy governor.

It is worth of note that as a politician, I believe in keeping my promises to the electorate. And earlier, I committed myself to Nairobians that my nominee for Nairobi City County’s Next Deputy Governor shall be a woman.

The Governor also did not miss to brag about his transparency as he is well known as a master for screenshots and voice recordings.

“Thank you for your expression of interest in serving the great people of Nairobi alongside me as Deputy Governor. Thank you too for appreciating my commitment to openness and transparency,” he said.

Philip Sagoti made history for using the most expensive job application, it cost him Ksh130k.

There are a lot of happenings in Nairobi city, but the recent one is mind-blowing.

A city man has shocked the nation after paying an advert with an application for deputy Governor Nairobi county.

The man opened up on how he has tried to reach the governor but with no success and sought a newspaper for his message.

Hon Sonko, I have reached out to you openly because I am not sure if my earlier communication did reach you. I also know that you cherish openness and transparency

Sonko has been running the county without a deputy for one year and a half now and even though, with his sideshows of trying to appoint his rival, Miguna Miguna failed.

The man described himself as competent in what he promised Sonko to deliver to his satisfaction and even exceed.

Sonko is yet to reply to this job application by either accepting his offer or rejecting it.