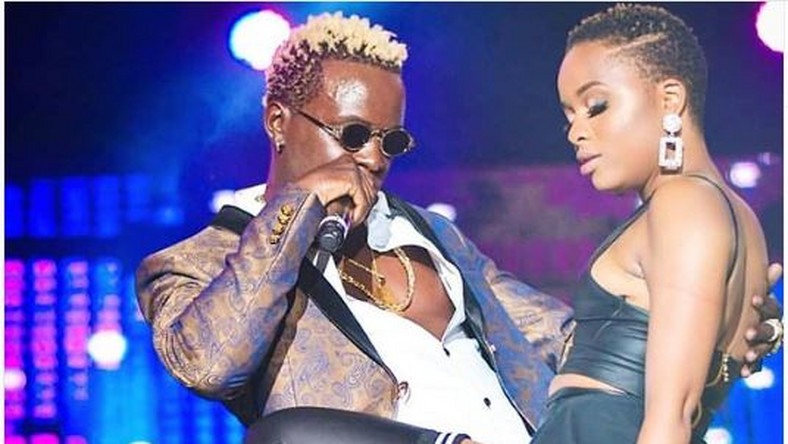 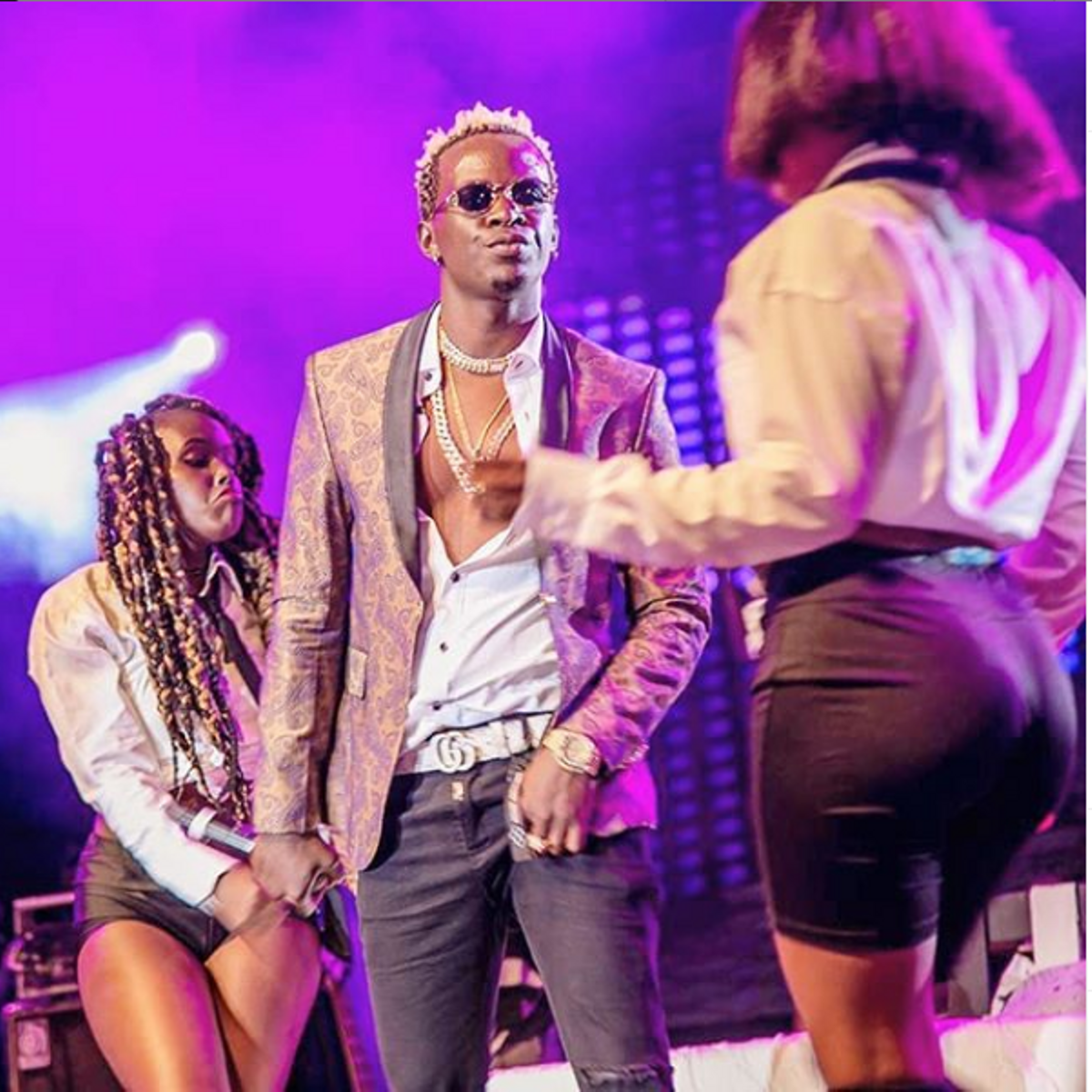 Why Willy Paul is looking for ladies with big A$$

Ex-Gospel star Willy Paul is at it again, this time around he is getting even naughtier.

Willy Paul broke the Gospel chains that were pinning him to Christianity and he seems to enjoy his new identity.

Through his social media handles, he is looking for women with big assets for his new project. This means that we ain’t ready for Pozze this time around.

Through his Instagram, he posed a question on who got big as* to be on his next video.

It seems his fans already accepted him the way he is and ready to support him whatsoever.

Kibera’s finest Octopizzo has given controversial Willy Paul a solid piece of advice in his career.

Not every fan of his love the new Bwana Mkunaji and Octopizzo had earlier promised to teach him a lesson. 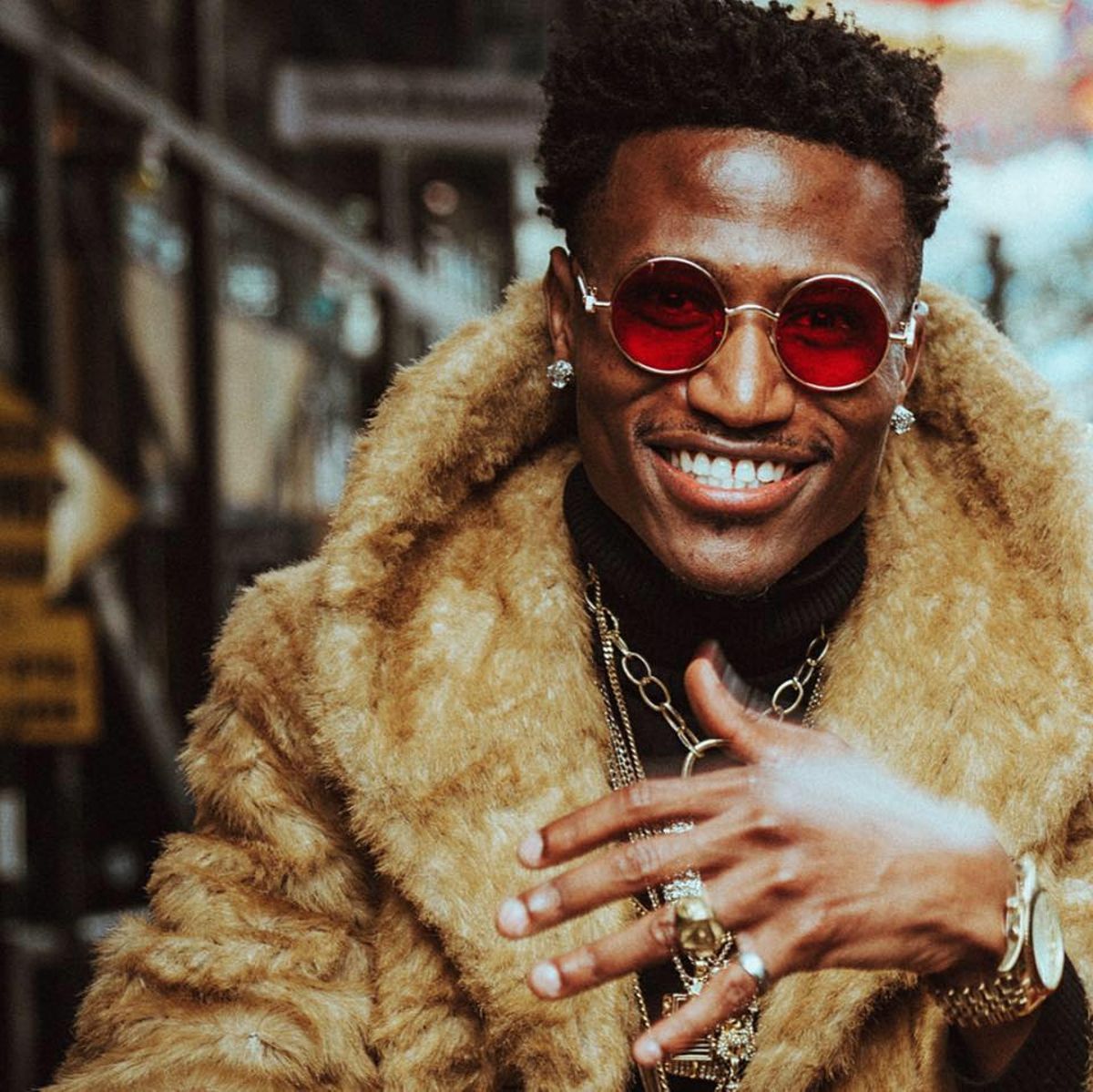 Fast forward, speaking on 10 Over 10, Octopizzo advised Willy Paul to stop the stunts which he described it as ‘utoto’.

He also advised Pozze to keep his head high because secular is hard than Gospel, no offerings! 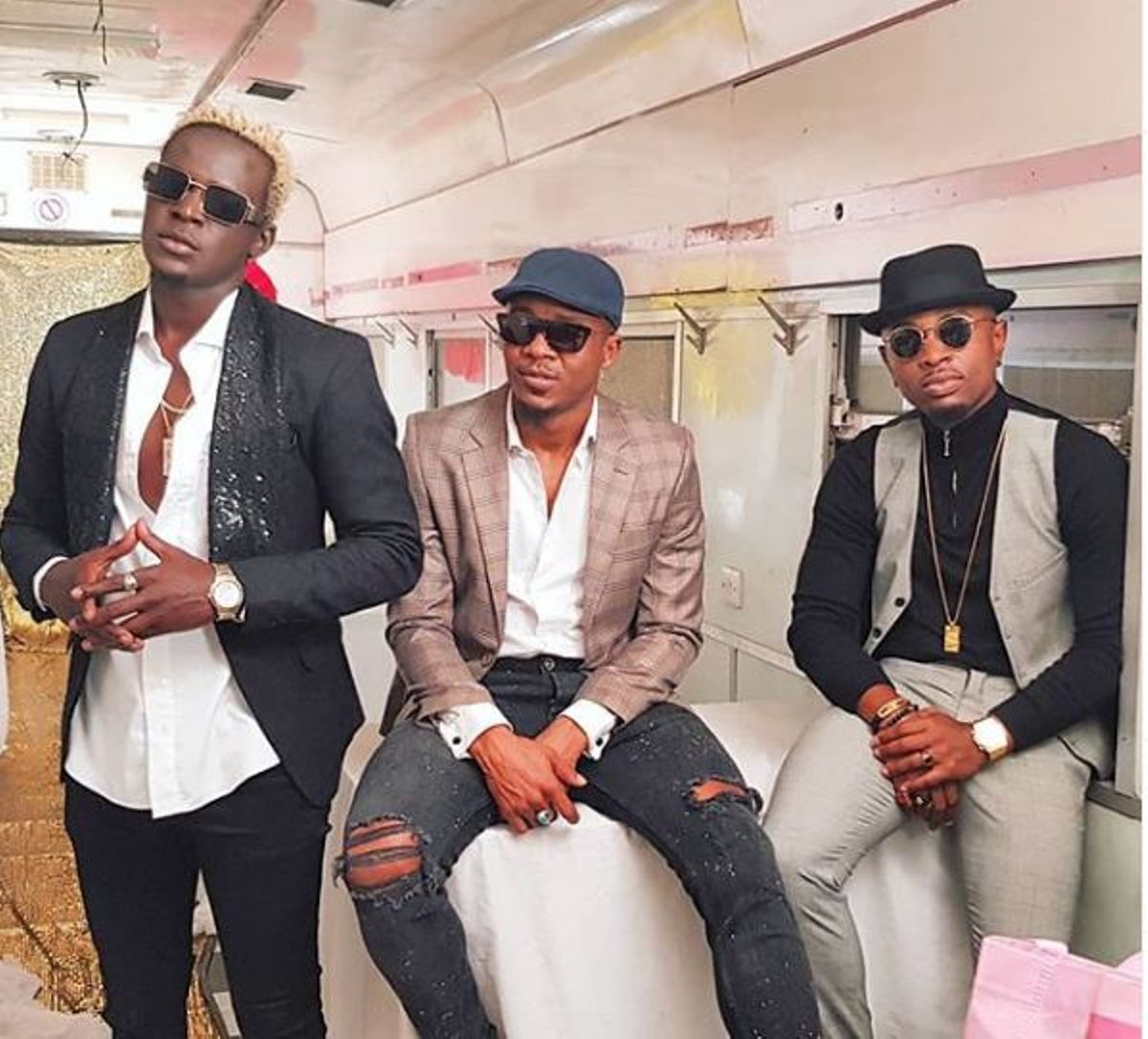 Pozze has been teasing fans with pictures hanging out with Alikiba and Ommy Dimpoz in which was believed to be working on a project.

This was after the scandalous Lamba Nyonyo hit which according to our earlier post at Daily Buzz, we had predicted that Willy Paul was on to something.

The three coming up together was not a surprise as Alikiba and Ommy Dimpoz have been rubbing shoulders with Mombasa Governor Hassan Joho, who happens to be friends with Willy Paul.

Willy Paul also fell out of friendship with Wasafi Classic Baby (WCB) after he accused Rayvanny of stealing his song, Chuchuma. 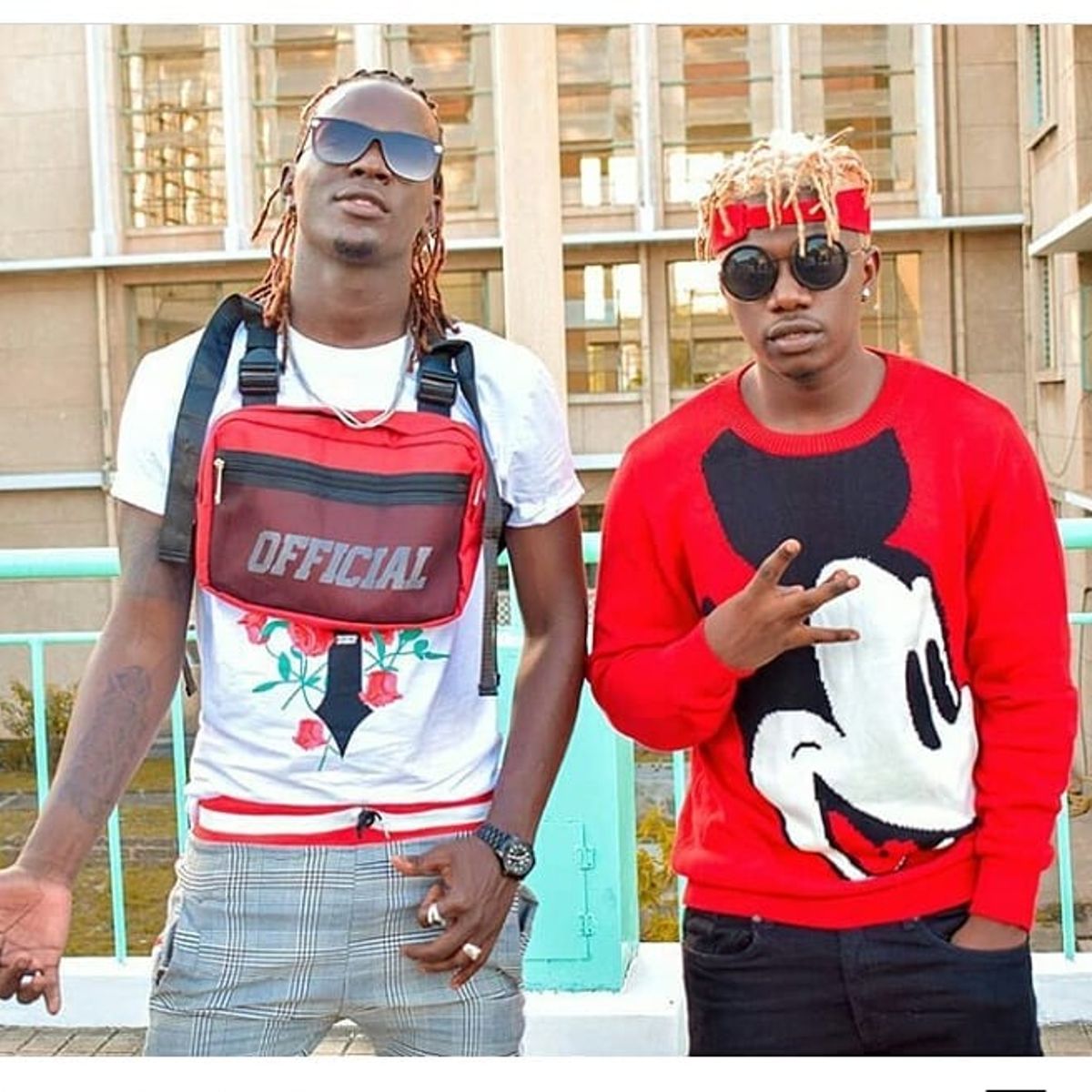 Diamond’s side and Alikiba’s are known for their ‘cold’ beef and are not seeing each other eye to eye. This also happens to the friends of each side as they do not interact.

The trio has dropped a new banger dubbed Nishikilie.

Willy Paul dominated the video, while Alikiba and Ommy Dimpoz take a small part. However, Ommy Dimpoz was overshadowed because of his shallow lyrics and ten seconds in the song.

Watch the video below and give us your views;

Willy Paul’s new song has sparked many reactions and no one has really come to support him including his official MC, Jalang’o.

The song according to our editors at Daily Buzz is ‘too low’ and not so ok for an international act like Pozze.

Ringtone joined the conversation and even advised him to ‘Lamba Lolo’ if he is tired of  ‘nyonyo’ in a sarcastic way.

But the eye-catching scenario was when rapper Octopizzo offered to ‘teach’ Willy Paul a lesson when he jets back from his tour with the NBA Africa.

Does Octo mean his words? 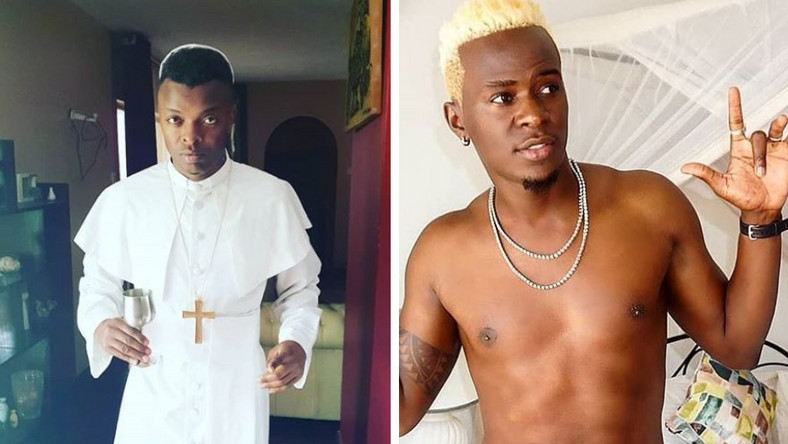 After taking a ‘break’ on firing attacks on fellow gospel artists, Ringtone Apoko is at it again.

This week, the controversial former gospel artist Willy Paul dropped his single, Lamba Nyonyo, which has raised many questions on whether he is okay or ‘everything is okay at home’. 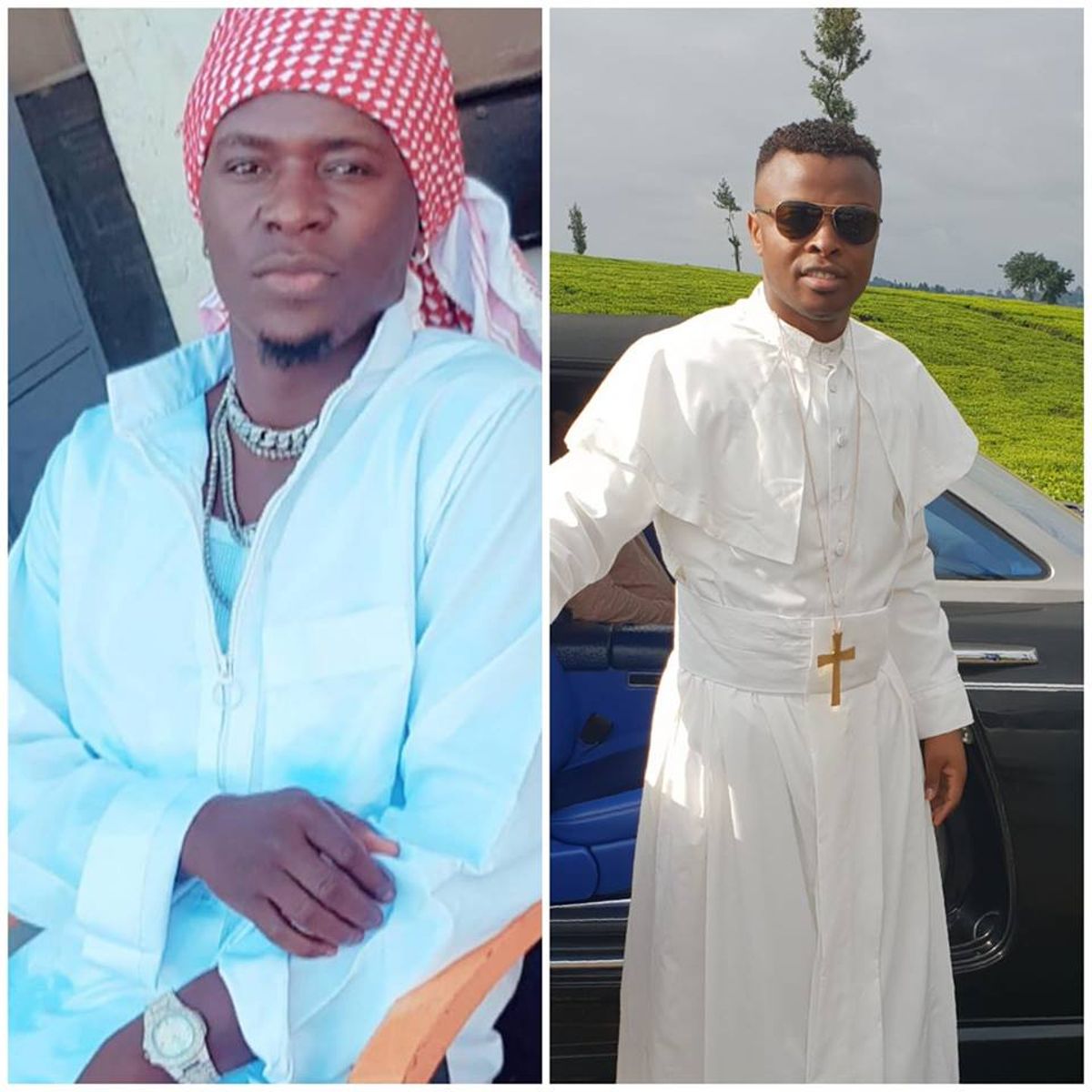 Willy Paul has proved that he is completely done with the Gospel world and he is willing to ‘enjoy’ the escapades he missed.

Ringtone, as usual, responded in a rather sarcastic way instead of positive criticism as the chairman of the Gospel industry.

Controversial singer Willy Paul is beyond repair as he continues the explore what he has been missing in the secular world.

Bwana Mkunaji has shocked his fans and other gospel artistes after dropping a ‘weird’ song that has evoked different emotions from die-hard fans.

Willy Paul has been trending this week after he was captured on camera threatening to pull a gun during an argument with a man on a parking lot. 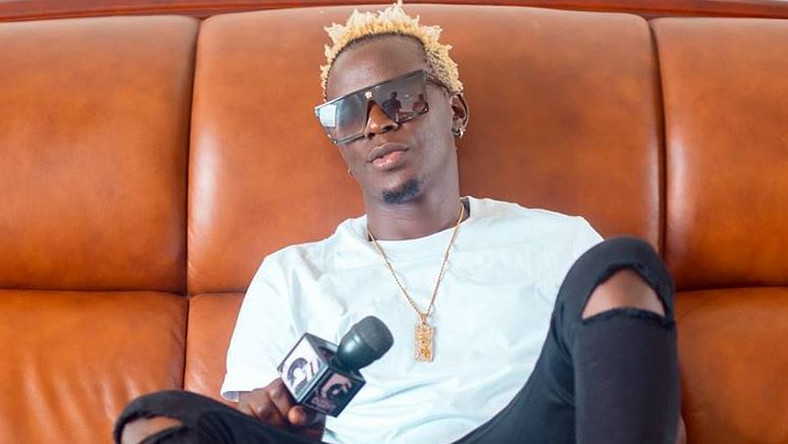 ALSO READ: WILLY PAUL THREATENS TO PULL OUT A GUN

His new song Lamba Nyonyo is not gospel anymore and Christ is dead in him.

theavieway At this rate I would love to meet your dealer 💨

Controversial secular artiste Willy Paul has been captured on camera trying to pull out his gun.

The Shadomado hitmaker through a recorded video has been seen arguing with another man over parking space in one of the buildings in the city.

The singer who never wants to be belittled dared to bring out his gun to end the battle for the parking lot.

It has been one week since Willy paul confessed his love for guns and according to the security expert who shared his thoughts in our earlier post, it is not right to expose a gun in civilian clothes.

However, the adamant singer loves publicity and this is his way of life.

Willy Paul has not yet refuted the claims or even clear the air on the matter.

Controversial secular artiste @willy_paul__msafi has been captured on camera trying to pull out his gun. The Shadomado hitmaker through a recorded video has been seen arguing with another man over parking space in one of the buildings in the city. Read More: dailybuzz.co.ke Video: courtesy #igers #nairobigossip #nairobi #publicity254

Netizens blast Willy Paul for showing off SURE condoms

Bwana Mkunaji has left fans tongue wagging after showing off the government free condoms, SURE.

Willy Paul is not afraid no more after ditching Gospel industry and somewhat he is trying to catch up with the secular world. 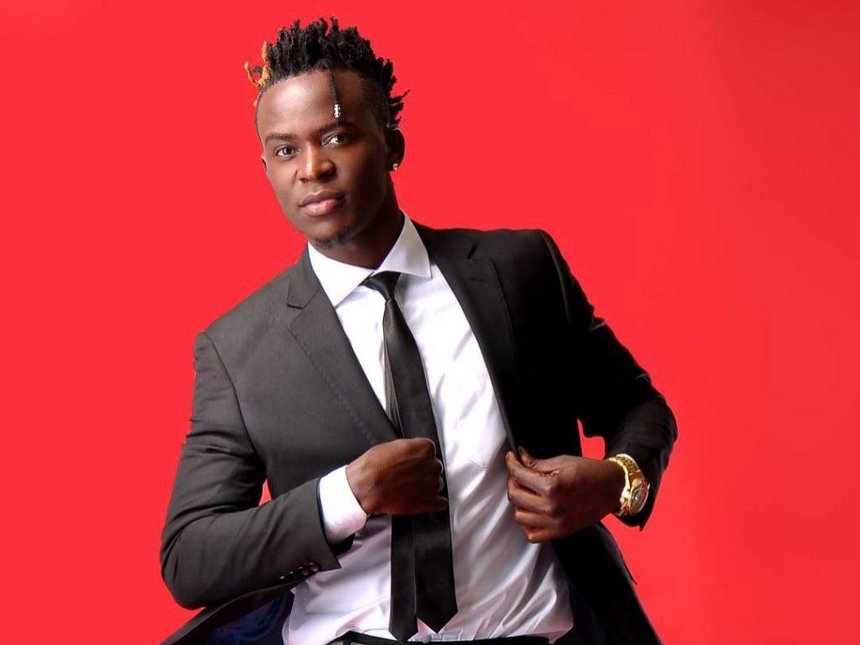 The Shadomado hitmaker on Friday night after finishing an interview with Willis Raburu on 10 over 10, he filmed some SURE condoms on the dashboard of his new Mercedes Benz.

So I was driving and I met these two guys who approached me and handed me some Sure and told me it is Friday and therefore you have to be sure.

On why they gave him the condoms knowing very well that he is a gospel artiste, they said; “Wewe tunakujua sana you might need them.”

Well, it seems Willy Paul is known with getting cozy with ladies. In a recent interview with Milele FM, Willy Pozze revealed that he has a 12-month-old baby with an Arab lady.

Okay, they gave me SURE and told me that its Friday, they said they were looking out for me… guys stay safe out there… it's not safe !!! Be #SURE

His fans, however, were not buying the story and blasted him for the ‘misguided’ post;

Willy Paul shocks fans after showing off his gun

If you thought you have seen the end of Willy Paul’s mystery, then you are probably wrong.

The controversial gospo-secular artist has been at the center of attention in the past few months with his ways of public stunts and the ‘denial’ declaring his stand-in music.

For a better part of last week, he was the talk of the town after he begged for love from the Jamaican idol, Alaine Singa who he claimed that she blocked him.

Some did not buy the story, and yes the two released ShadoMado which is a feel-good song which he said they wrote it in 2017.

The Kenyan industry is known for the petty stunts to get people talking about them before dropping a song and it is now the norm in both the secular and the men of God.

Well, Willy Paul has publicly declared his love for guns. Apart from the ukunaji that he always says, it seems gunfire is his second hobby.

However, according to security experts, civilians and police officers who are not in uniform are not allowed to show off their guns in public as it is a safety measure.

We at Daily Buzz tried to get to Willy Paul on whether the gun is his or he just downloaded but our calls went unanswered.

Willy Paul is yet to confirm whether he loves hanging around the range or he is looking forward to getting a gun. His fans on the other side think that he is making a dangerous move while others call it unnecessary.

You are lost…utafika mbali na hiyo.