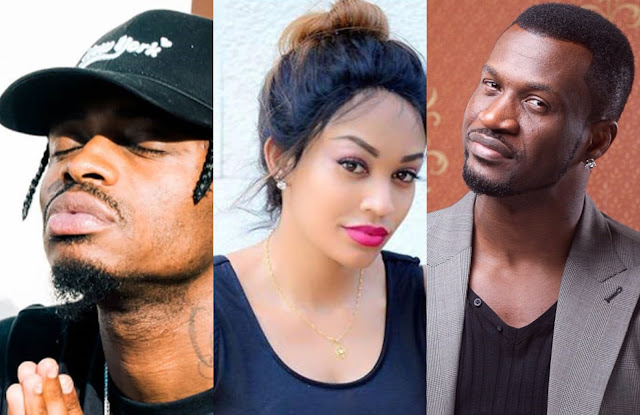 No! Zari did not just do this!

Zari has shared how she ‘can’t get enough’ of Mr. P’s amidst cheating allegations.
In a recent Instagram post, Zari hyped Mr P’s recently released song ‘One more night’ saying that she finally got to watch her homie’s music video.

She also went further to praise Mr P calling him husband material stating that he is every woman’s dream.
The Ugandan socialite Zari Hassan and ex-husband Diamond Platinumz hit headlines this week with cheating allegations.
Diamond Platinumz appeared on his media station and opened up about his ‘secrets’ that shocked fans.
He revealed that he ‘dumped’ Zari Hassan after he found that she had cheated on him with her gym instructor and Mr. P of Psquare.

Zari blasted the father of her two children for making a ‘foolish’ move and seeking cheap publicity.
Mr. P on the other side rubbished the claims by Diamond maintaining that nothing ‘happened’ between him and Zari.
He also insisted that he cannot be distracted by such stupid allegations made by Diamond.Mr P said that he was focusing on his new song and seems like Zari decided to direct her energy in that direction too.

But who is fooling who?
Have a look at Zari’s post

Abi, Shout out to my hommie @peterpsquare I can’t get enough of this video #classy! Dis guy finish work oh

Well, in Swahili we say, “Dawa ya moto ni moto”.

View this post on Instagram
Finally got a chance to watch my hommie’s New video! ONE MORE NIGHT Damn! Hot✔ Tall ✔ Dark ✔ Handsome ✔ Sexy ✔ Loaded ✔ Husband ✔ Daddy ✔ And every woman’s dream. Real husband material, sexy daddy! Ókó Lola🤗 Ah ah! Only you? @peterpsquare You finish work for this video no be small. Guys, go check it out! Link on his bio
A post shared by Zarithebosslady (@zarithebosslady) on Apr 26, 2019 at 8:57am PDT