Nigeria’s superstar, David Adedeji Adeleke alias Davido has given his promise to support Bobi Wine come 2021 to outdo Museveni.
Bobi Wine, who last year was oppressed by the state for allegations of riots, is set to ‘take down’ Museveni in general elections in 2021.
Bobi Wine, a musician-turned-lawmaker and four other lawmakers critical of President Yoweri Museveni triggered protests in the capital Kampala and other parts of the country after he was arrested last year. As of 11 July 2017, he serves as the member of parliament representing Kyaddondo East constituency in Wakiso District, in Uganda’s Central Region. 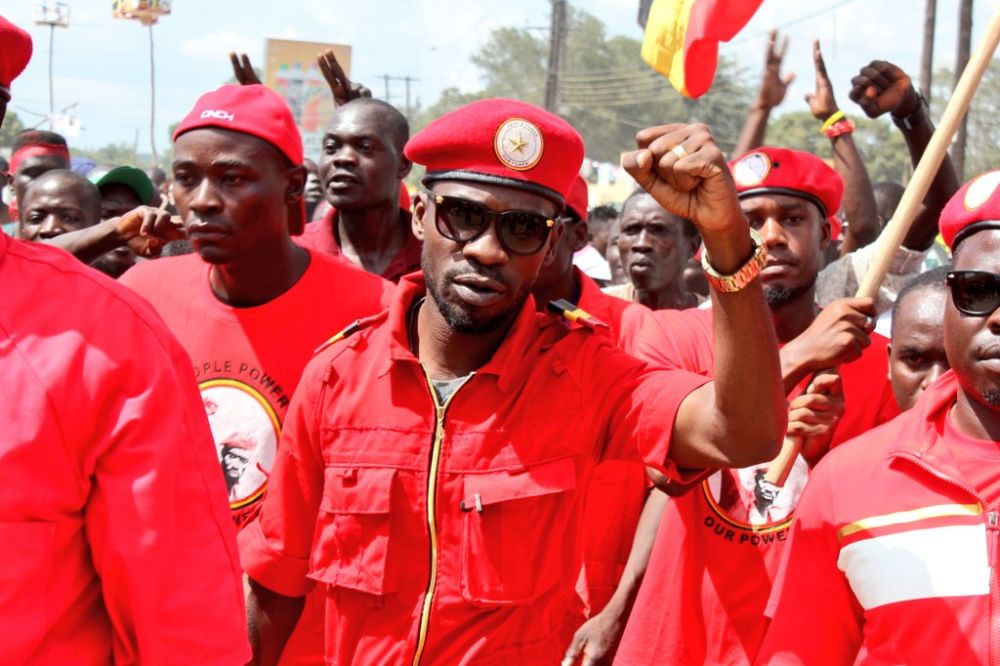 He was later released and taken to the UK for medications and has since been in good conditions. His bid for the presidency has got many applauding for bravery and Davido giving a word of hope.
Davido has lately been moved by politics after his uncle contested for governor’ seat and he helped in campaigning for him. On his Twitter account, he replies a fan who asked him to support Bobi Wine.

I love wat bobi wine is doing he has my full support in 2021 https://t.co/9HNXnunURI