Home Uncategorized Fist Fight! Babu Owino and Jaguar’s First Round
Tweet
Share
Pin
Share
0 Shares
Then they were voted in. Everyone expected chaos, fights and insults. It came to pass.
Embakasi East constituency MP Babu Owino and Starehe counterpart Jaguar came to an agreement of blows. It is not the first fight in a legislative forum where ‘Waheshimiwa’ exchange blows. I think this only happens in a democratic country.
Jaguar was heard shouting “respect the president”. It is now evident that the two were defending their principals. Twitter on the other side always leaves no stone unturned. The reaction is sarcastic. 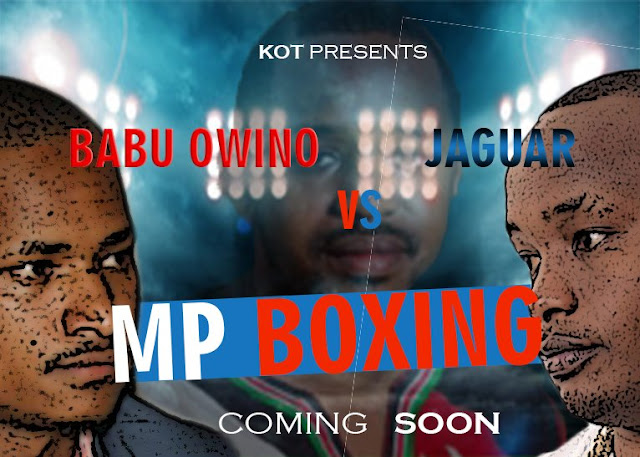 I think the real thing is coming. That was just a trailer!
Sadique Shaban: Babu Owino and Jaguar should have fought over political ideology in parliament. Should have fought over contribution on the floor of parliament.
Queenveebosseet: Kifaranga ya kompyuta uligongwa aki na @babuowino next time jaguar shona mdomo wako mrefu wa wizi….haha waru na ugali zinaezana kweli….uhuru is ur god lol just a caretaker
Abou Jumah: Our elected MPs are really representing us to the fullest these are our mentors I love you guys keep it up.
Deric Kim: Shame on you Jaguar, I never knew if you are such a primitive guy,you should take cautions when playing around with Babu
Siladin Sikandar: Babu Its very so sad to see Member’s of Parliament whom are supposed to be good examples to the youth of this great Nation kenya are one’s behaving like Hooligans what a shame.
Vincent Kyalo: Dear boys learn from your elders,like hon mwai kibaki…very cool guy and ruled Kenya with wisdom na maendeleo
Dennis Kilonzo: Finally let the Mps fight…grassroot wamefight sana..please Moses Kuria and Mbadi make a date

Kimathi: Ugandan parliament had a better fight,Babu owino and Jaguar were caressing each other
Meshack: Remember in primo ukiambia mtu mpatane nje ya gate after school? That’s the case of Babu Owino and Jaguar.
Zlatanmutuma: Jaguar ulichapwa na babu acha upuzi
Delaruvi: Hon Charles..that was a weak move. In chess we call it a ‘pawn move’. You can’t buy class. No political affiliation.
Franklin: That Babu Owino and Jaguar fight is what we need in Kenya. Let the politicians fight amongst themselves! Not raia fighting for them. Kudos
Mungai: Babu Owino and Jaguar are not equals. BABU OWINO is a graduate in actuarial science while Jaguar is a copy paste musician.
Tweet
Share
Pin
Share
0 Shares
0
FacebookTwitterPinterestWhatsappEmail