Ugandan President Yoweri Kaguta Museveni is a no joke president. Known by his strong beliefs and stands, no one can out stand him.
Its just yesterday when he blew twitter by his headline catching deeds. What did he do this time? Believe me not he was making a phone call in the roadside. Museveni took a chair and received apparently an important phone call just yet at the roadside causing some disruption in the road. It was not a big deal though, but who are Kenyans? they make everything trend.
The King Museveni himself #M7challenge ongoing 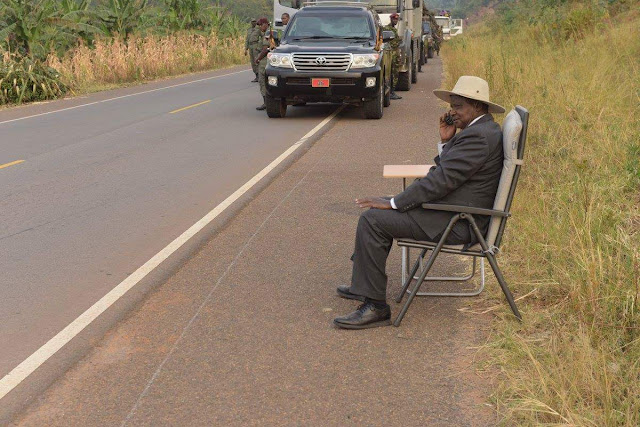