Home Uncategorized SIAYA RESIDENTS IN SHOCK AFTER BODY OF IEBC DEPUTY PRESIDING OFFICER FOUND DEAD IN HER HOME.
Tweet
Share
Pin
Share
0 Shares
Body of Caroline Odinga who was then the IEBC deputy presiding  officer was found yesterday at her home in Sega. The  body was dumped outside her house on Saturday, August 19  and the police are investigating the matter.
In the just concluded elections many things have been happening to the officials who conducted the process. Just few days ago, IEBC rubbishes the rumors that Siaya county election manager Ruth Kalundu was dead . Ruth Kalundu later came to the public and confirmed the allegations were non-factual.
Last week, Orenge Nyabicha,who is said to be IEBC official was found dead in his house.He  killed himself some hours after conducting the polls. His relative said he retired to bed but on the following morning he was found dead. He had lit a charcoal jiko and sealed all ventilation in the house in Pipeline area.
Caroline Odinga [PHOTO] 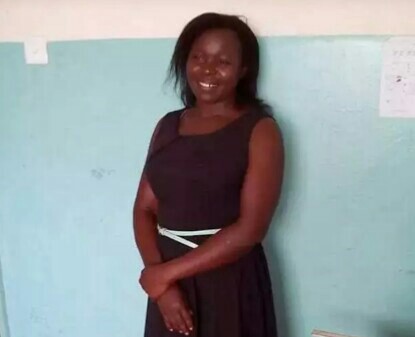