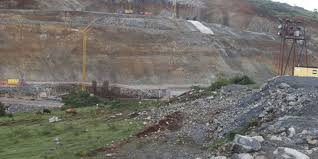 The dam project continues to puzzle many as Company directors revealed they were asked to deliver material unrelated to the dam construction to a yard in Eldoret and Nairobi.
This is according to a statement by the DCI reported by Daily Nation on how Ksh63 billion paid to an Italian firm by the National Treasury for the construction of Arror and Kamwerer dams was shared.
DCI boss, George Kinoti stated the companies’ representatives were unable to explain how the material helped in the construction of the dam.
“One of the companies told us they delivered towels worth Ksh20 million, while another delivered tiles and towels,” stated the DCI boss.
Some of the companies asked to aid in the investigations are a tile and carpet company, a supplier of school uniforms, tours and travel firm and one that deals in mattresses, bedding, headboards, and luxury towels.
“What we do not understand yet is how people supplied materials to a project that had not even started,” stated John Kariuki, director of the Investigations Bureau.

“We also do not understand how money was disbursed yet there was no proper documentation,” he added.
Representatives from 17 Companies appeared before the DCI to explain on payments made by the Italian company.
The DCI, nevertheless, noted that it was too early to point anyone who will be held answerable over the scandal.
Tweet
Share
Pin
Share
0 Shares
0
FacebookTwitterPinterestWhatsappEmail