Controversial US model, Kinsey Wolanski’s Instagram account has been hacked.
Saturday night set the internet ablaze after a lady ran through the pitch in Wanda Metropolitano in Madrid in her swimwear. 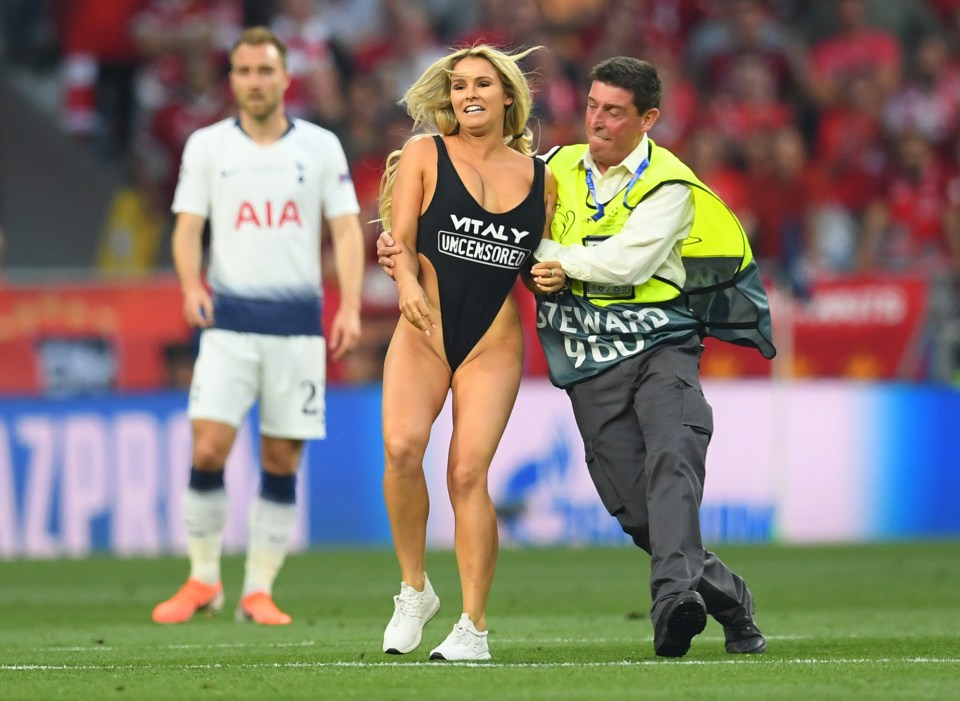