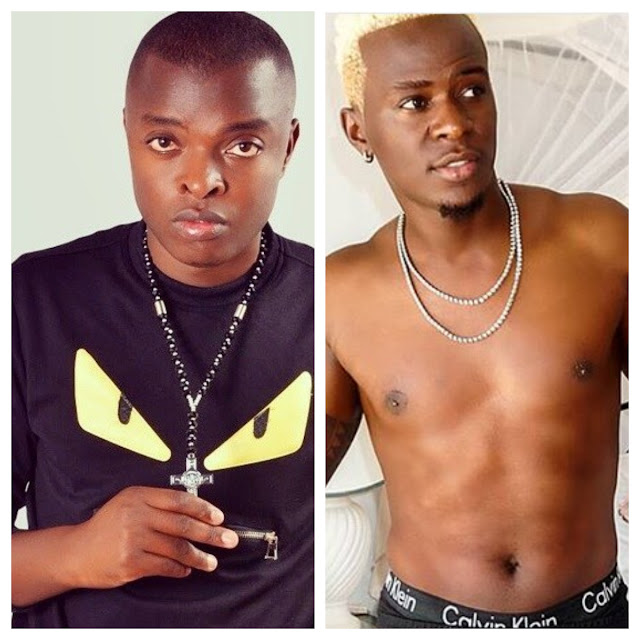 Self-proclaimed Chairman of Gospel Ministry, Ringtone Apoko, has gone ham on his counterpart Willy Paul Msafi.
The controversial musician believes that Willy Paul is not a ‘gospel’ artist from his character and way of living.
This follows Willy Paul’s post which he posted on Saturday, a shirtless Willy Paul posed.
Kenyans for a long time have shown distrust in Willy Paul and even believed that Pozze is a secular artist citing his romantic and s3xual arousing songs.

Ringtone has confronted Willy Paul in which he said Willy Paul is not a gospel artist.
From his post, Ringtone sent Ksh 20 bob to Willy Paul’s number and the name Willy Abubahkarapparedwhich is a Muslim name.
“We know you, Willy possessed. Mr. Abubhakar the first name of the Muslim Kingdom. You are the evil spirit in the gospel industry. You are not supposed to be here,” Ringtone added.
Ringtone in his post emphasized on the word, ‘names have meanings’.
Do you agree with Ringtone or this is just one of his public stunts?
Tweet
Share
Pin
Share
0 Shares
0
FacebookTwitterPinterestWhatsappEmail